Highlighting and reconciling the team’s knowledge are important aspects for the organization. The implementation of the 2019-2022 strategic plan requires the commitment and mobilization of the team, because together, we will go further! 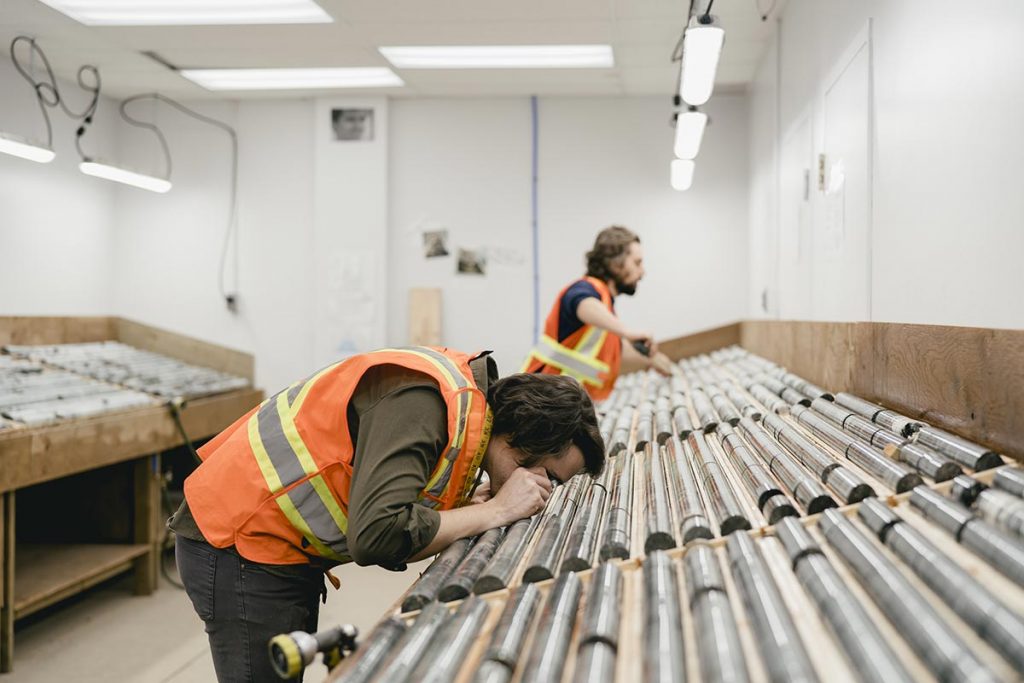 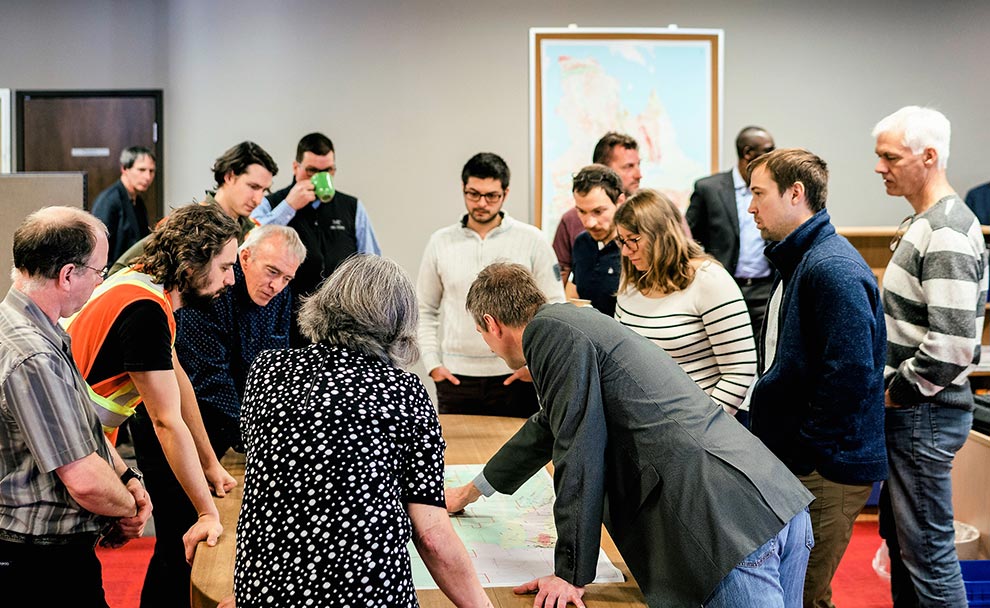 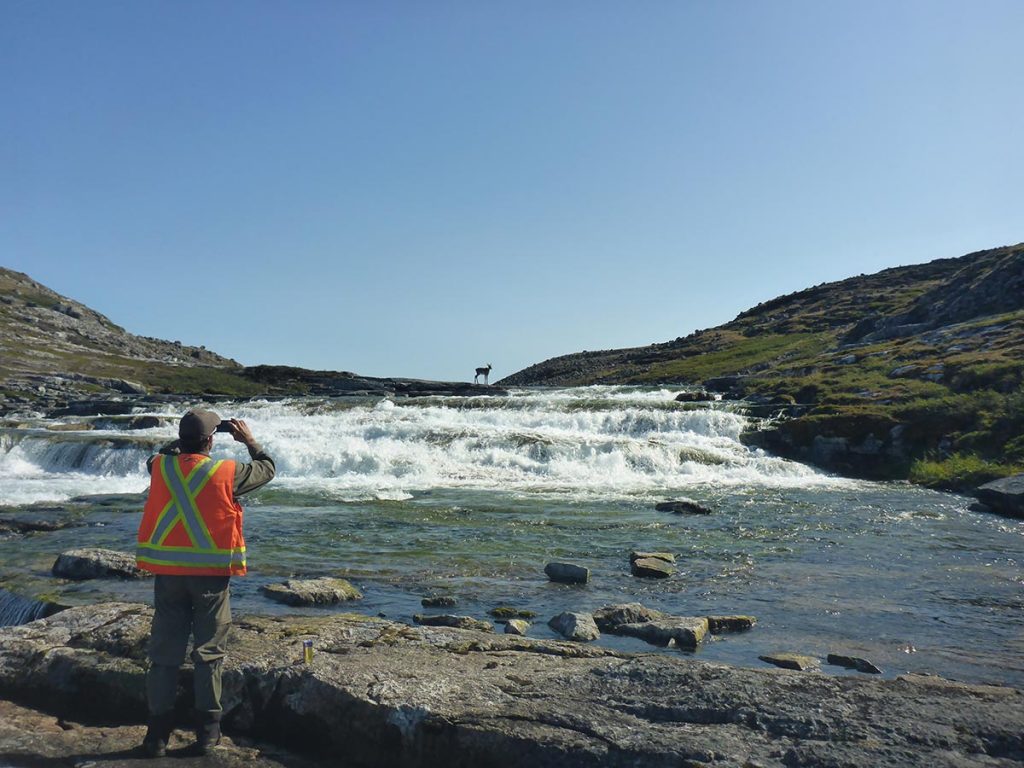 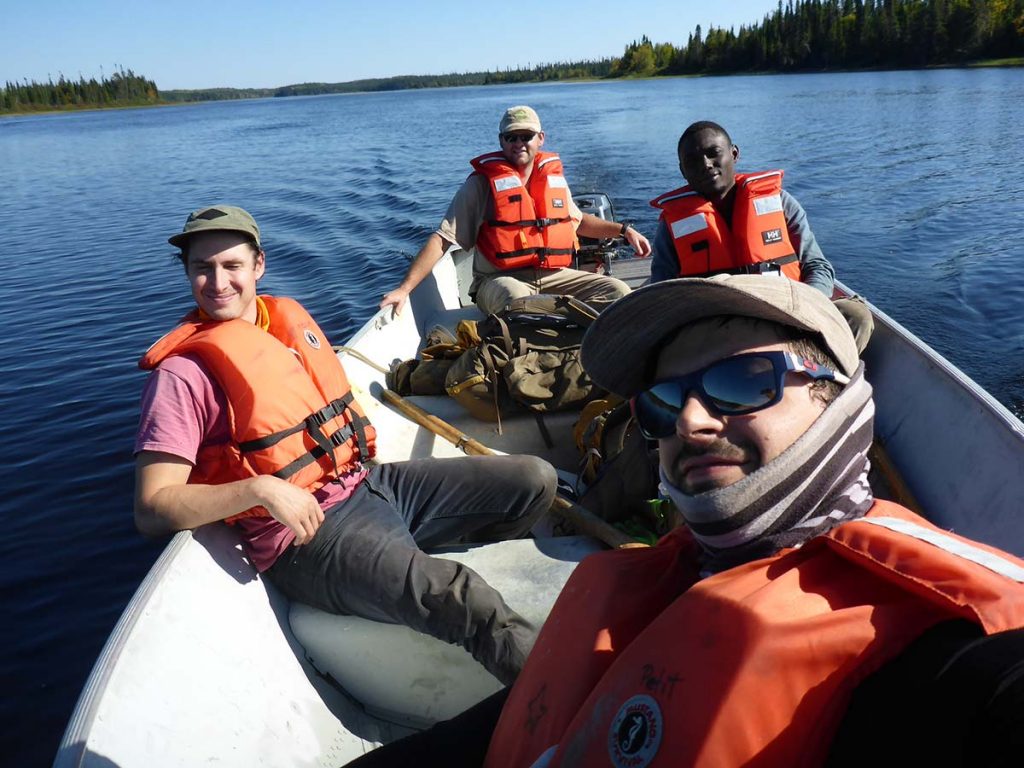 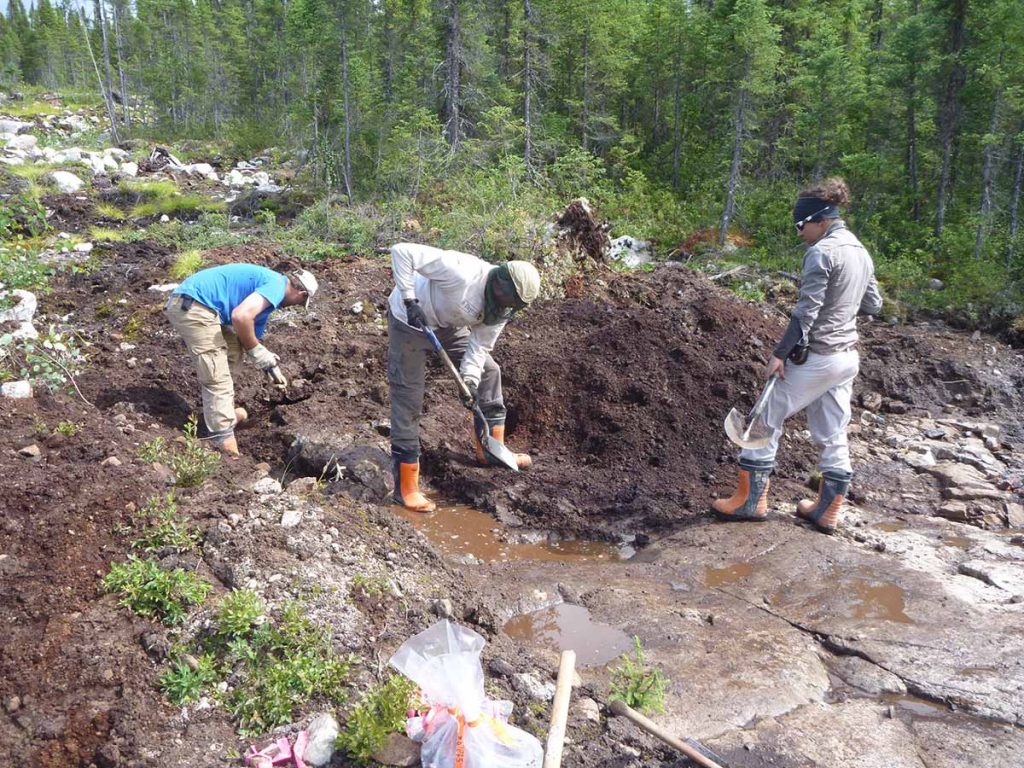 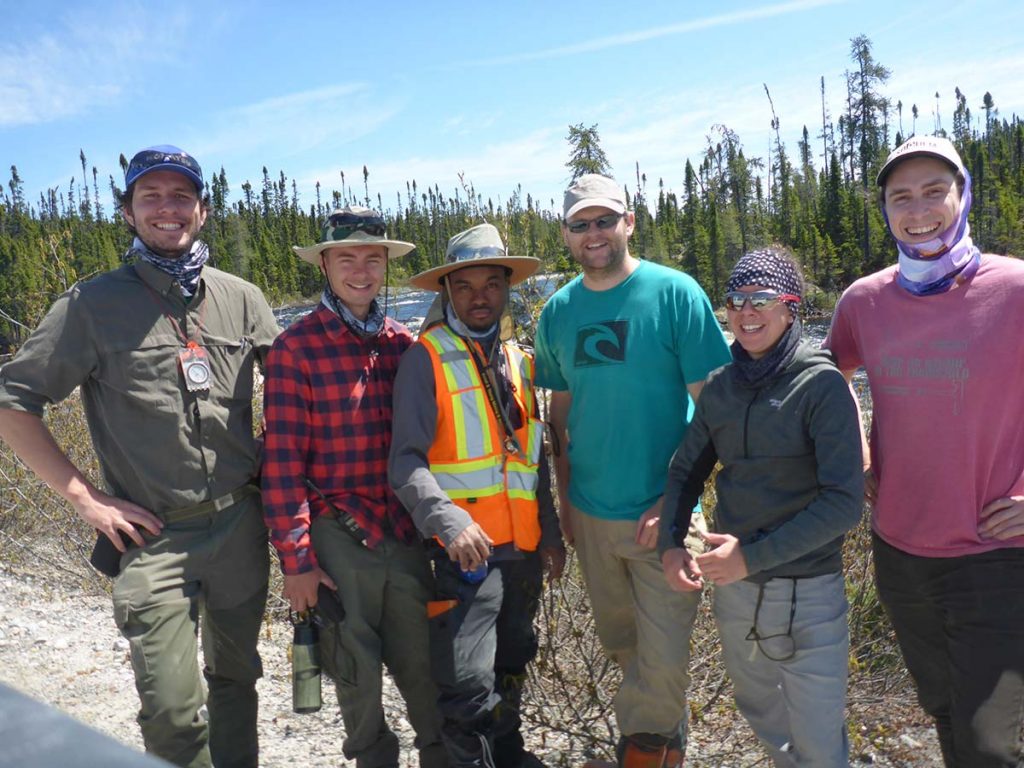 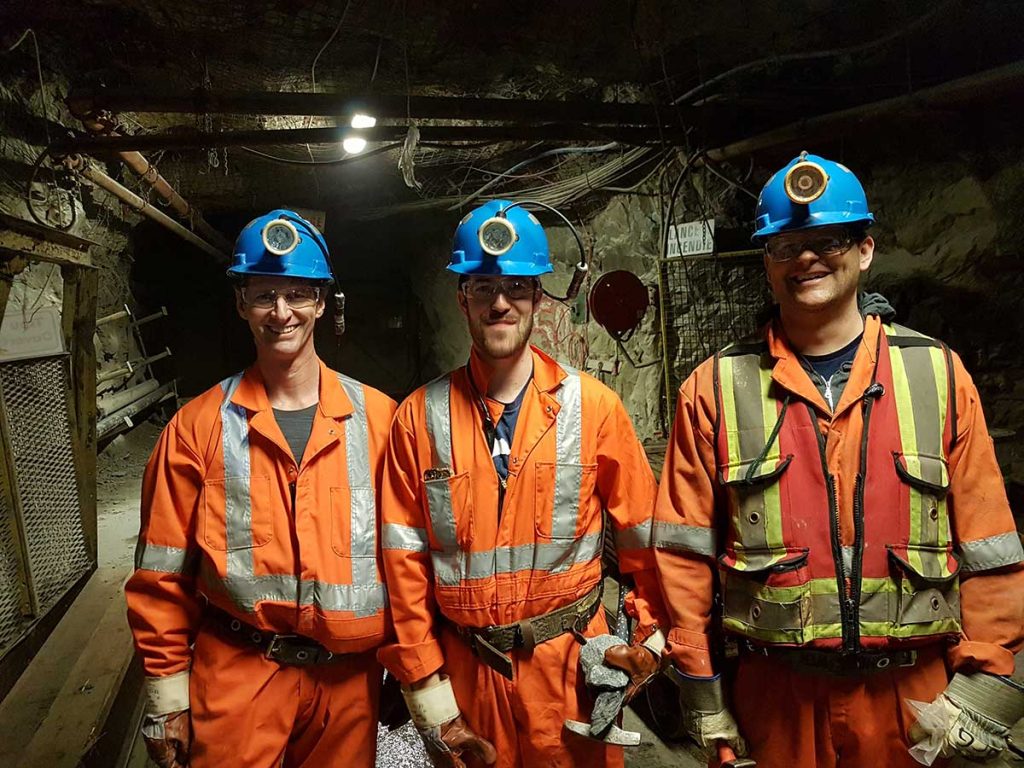 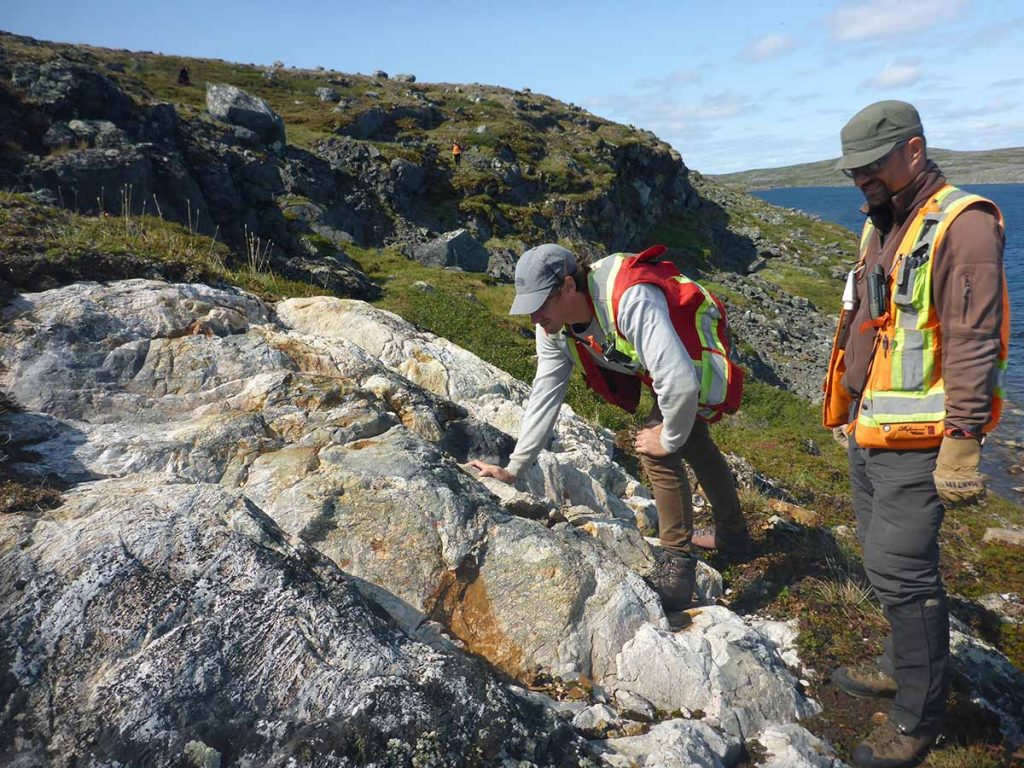 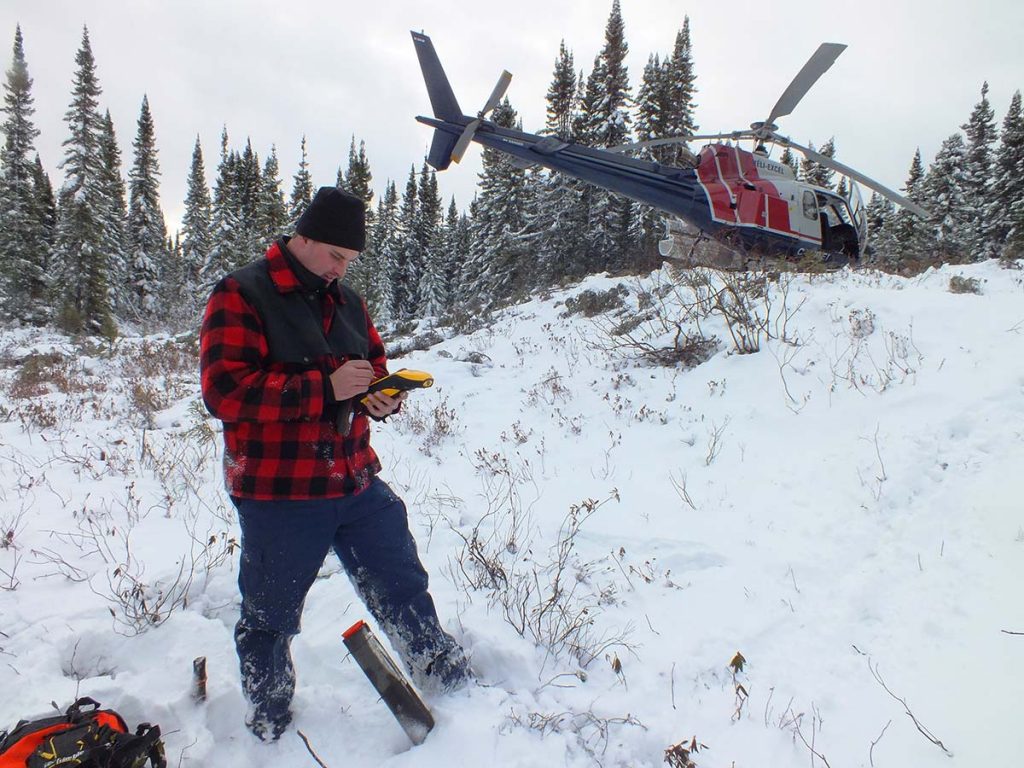 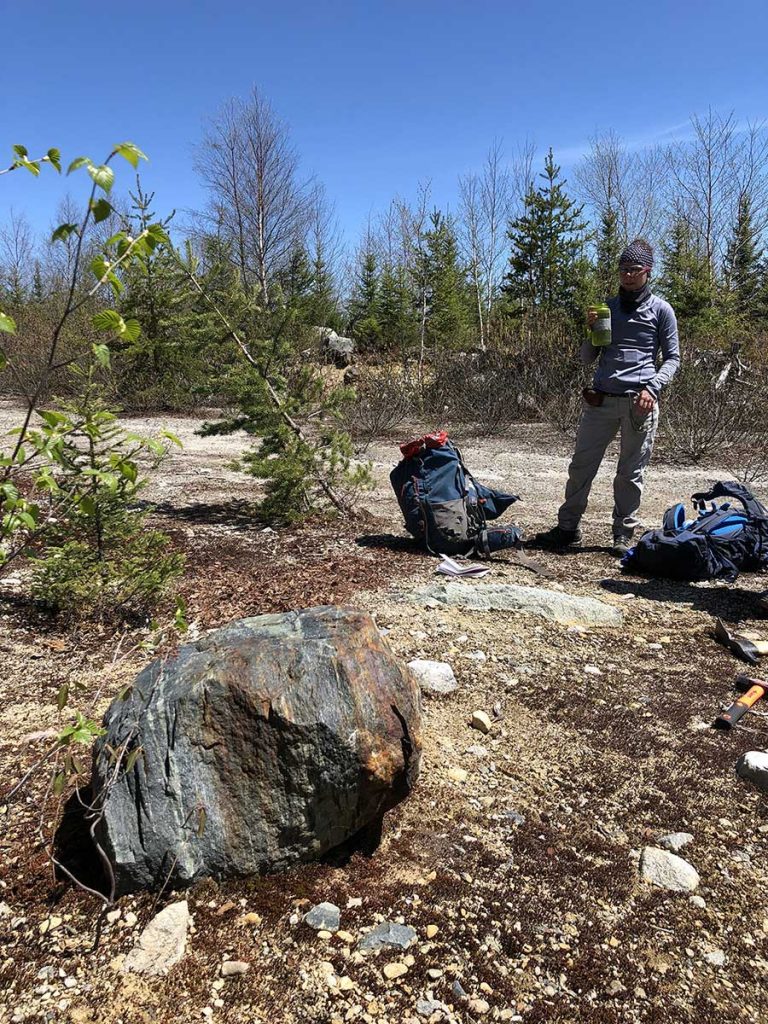 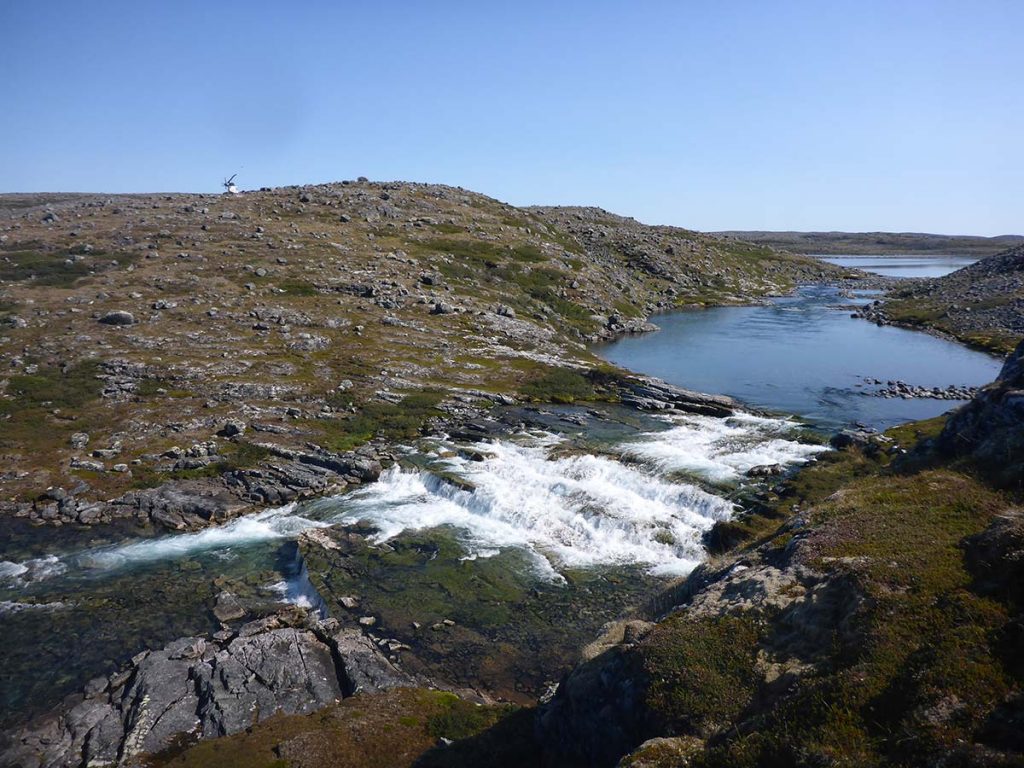 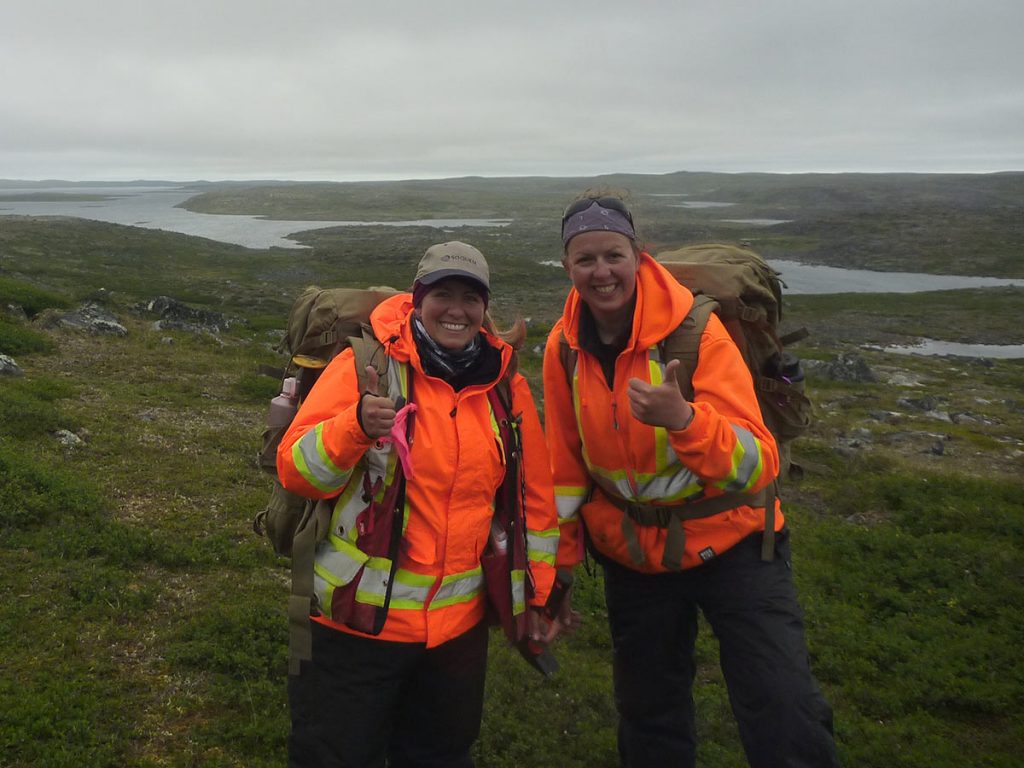 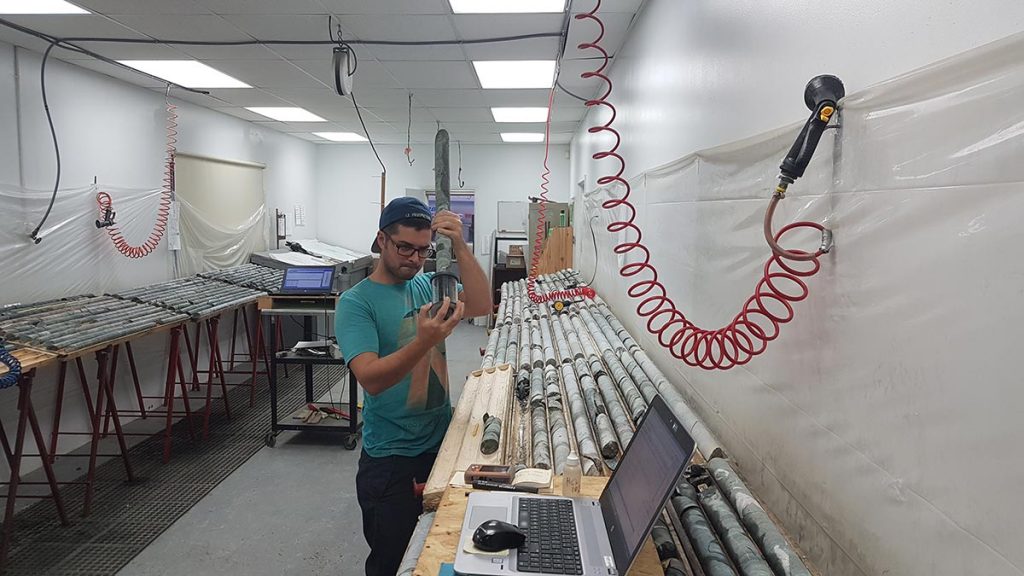 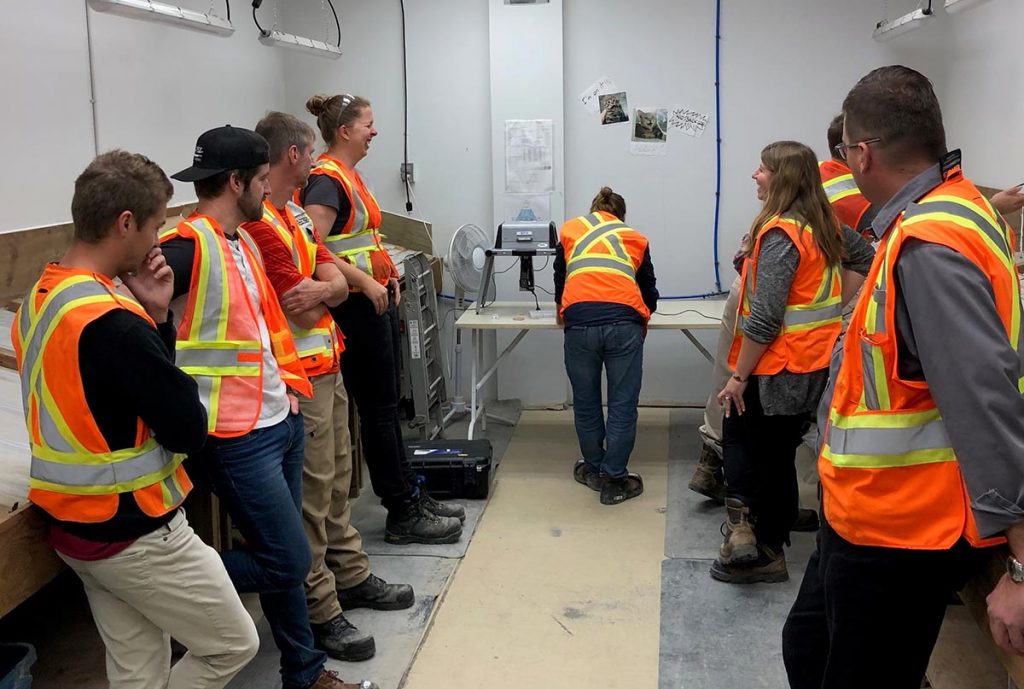 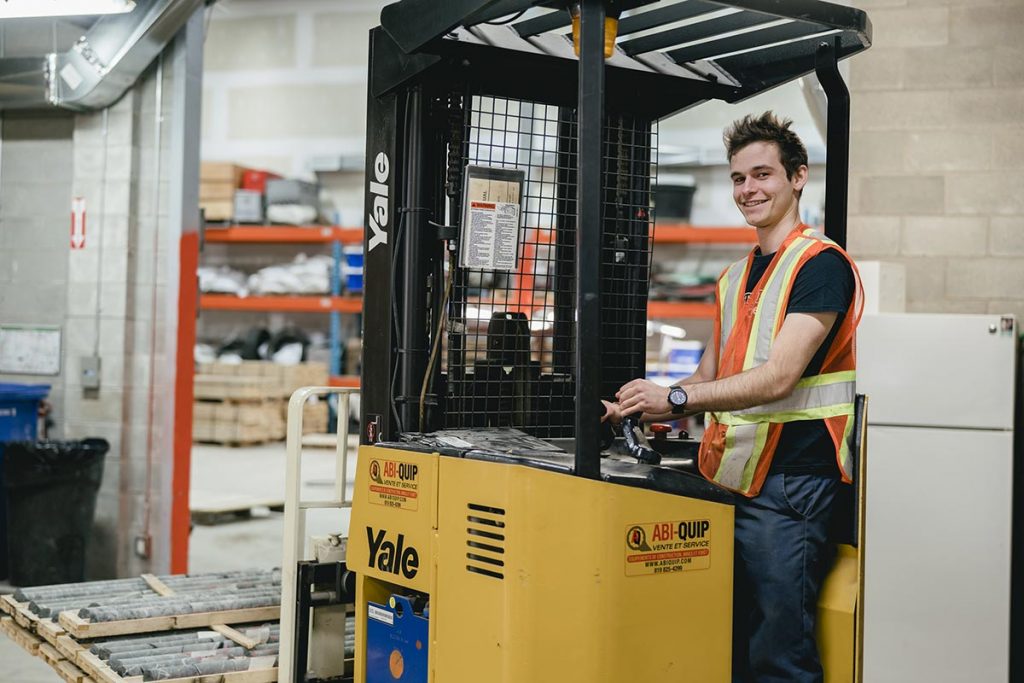 Since its foundation, SOQUEM has helped maintain a strong economy in Quebec’s mining regions. The company’s exploration work has led to the discovery and operation of numerous deposits.

SOQUEM has managed to reach its objectives throughout the years by designing its own business model. Partnering with various exploration companies and diversifying its portfolio of shareholdings iss the key to overcoming cyclical economic constraints. SOQUEM thus maximizes return on its assets and minimizes risks by joining forces with partners to develop its projects.

Mr Bowles was appointed Senior Director of Investment in Mines and Natural Resources at Invest Quebec in early 2020. In his role, Steven manages both equity investment and debt financing in all stages of the resource company life cycle including exploration, project development and operations.

Steven is a business professional in the mining & metals industry with experience in business development, project management and operations management.

Steven holds a Master’s Degree in Business Administration (M.B.A.) from the Richard Ivey School of Business and a Bachelor’s Degree in Mechanical Engineering from the University of Waterloo.

Steven was previously Project Manager for the $1.3B Côté Gold Project. In his role he provided leadership for the early stages of project development, the establishment of power and environmental permits and the implementation of an impact-benefits agreement with the project’s First Nation partners.

He was also previously Operations Manager at Raglan Mine in Nunavik where he managed its four underground mines and its technical services teams to achieve record-setting safety and production performance for that operation. He also served as Capital Projects Director at Raglan which included the development of two underground mines and concentrator plant growth projects budgeted at $550M. Prior to that, he worked as Project Manager for the $1.2B Cobre Panama concentrator project and led field execution teams in the Middle East on the $5.7B Emirates Aluminium and $4.5B Qatalum Aluminium Smelter projects.

In 2014, Steven received the Bedford Canadian Young Mining Leaders Award granted by the Canadian Institute of Mining for outstanding leadership.

Michel Champagne holds a Master of Science degree from Université Laval (1982) and a BSc from Université de Montréal (1978). From 1978 to 1980 and from 1982 to 1986, he worked in mineral exploration in Quebec for SOQUEM and acquired experience in underground exploration with Louvem. During this time, Mr. Champagne led the team that discovered the main zone of the Chimo mine and the Monique deposit, both of which were developed and mined in the following years. From 1986 to 1995, he worked at the Montréal Exchange as chief geologist and analyst, gaining experience in the securities industry. From 1995 to 2000, he worked first in Corporate development with Freewest Resources Inc. and Murgor Resources Inc., then mainly with Pangea Goldfields Inc. as Exploration Manager for Latin America, where he managed their Peruvian subsidiary. The subsidiary outlined two deposits, one that has been exploited sporadically and the other being at the feasibility stage. In 2001, he helped establish the SIDEX Limited Partnership and continued to lead the institutional fund until his retirement in 2020.

Mr. Champagne was a member of the Mining Technical Advisory and Monitoring Committee, a group of professionals representing the Canadian mining industry, responsible for overseeing the application of National Instrument 43-101 and advising Canadian securities regulators on its application. He also sat on advisory committees for the TSX Venture Exchange at the local and national levels and the Mining Advisory Committee of the Autorité des Marchés Financiers. For many years, Mr. Champagne has been involved in various activities related to the mining industry for such organizations as the Quebec Mineral Exploration Association and the Geological Association of Canada.

Robert Marquis is an associate professor at the Mine and Environment Institute of the University of Quebec in Abitibi-Témiscamingue (IRME / UQAT). Member of « l’Ordre des géologues du Québec », M. Marquis holds a doctorate, a master’s degree and a bachelor’s degree. His professional career is marked by partnership and networking at the junction between the mining and education sectors.

Marquis began his professional career at SOQUEM. Subsequently, he held various positions at the Ministry of Natural Resources; first as a geologist, then as a department manager, and lastly as director and general manager of « Géologie Québec ». In 2011, he was appointed Associate Deputy Minister for the Mining Sector and in 2013, President and Chief Executive Officer of the National Institute of Mining. He left this position in December 2018.

Marquis has been on the board of SIDEX for more than 10 years and, more recently, at Tata Steel Minerals Canada. He also chairs the Board of Directors of the Center of Excellence on Strategic Metals Elements 08, which brings together three institutions of teaching and research; the University of Quebec in Abitibi-Témiscamingue (UQAT), the CEGEP of Abitibi-Témiscamingue and the Industrial Waste Technology Center (CTRI).

With a bachelor’s degree in geology from the Université du Québec à Chicoutimi , Mr. Brisson has held several senior positions with exploration and mining companies in Quebec, Ontario and North Africa.

A member of the Order of Geologists of Quebec, Mr. Brisson has more than 30 years of experience in precious and base metal exploration. He has worked for several companies, notably Goldcorp, Focus Metals, Cogitore Resources, Breakwater Resources and Cambior. In 2009, he was part of a team at Cogitore Resources that was awarded the Prospector of the Year Award from the Quebec Mineral Exploration Association for the Scott Lake Project.

From 2015 to 2021, he has been an exploration consultant for junior and major mining companies in Quebec and Ontario. He is President & CEO at SOQUEM since 2021. Mr. Brisson has served on the boards of Opus One Resources Inc. and Radisson Mining Resources Inc . He has been a member of the Board of Directors of the Quebec Mineral Exploration Association in 2020, where he also served from 2008 to 2012. He now serve on the Board of Elements08.

Member of the Order of Professional Accountants of Quebec since 1997, Ms. Tourangeau holds a bachelor’s degree in accounting sciences from the University of Quebec in Abitibi-Témiscamingue.

Employed by SOQUEM since April 2019, she first held a position of senior accountant, before being promoted to controller in July 2020.

She previously held jobs in the mining industry, including senior accounting positions for Eldorado Gold, Lamaque division from 2016 to 2019 and for Iamgold (Cambior) from 1996 to 2009.

She has also held various accounting positions as controller, administrative director and accountant in construction companies from 2009 to 2016.

Prior to joining SOQUEM in January 2013, she worked as a geological assistant for the Ministry of Energy and Natural Resources and GeoNordic Technical Services.

Ms. Rochefort is a member of the Quebec Order of Engineers and the Prospectors and Developers Association of Canada, and is Chair of the Board of Directors of the CIM’s Chapais-Chibougamau branch.

Ms. Jalbert holds a bachelor’s degree in Geology from Laval University in Québec and is a member of the Order of Geologists of Quebec.

She began her career with InnovExplo, a consulting firm, where she worked mainly in Quebec, but also elsewhere in Canada and Ivory Coast. Then, she worked as the Exploration manager at Radisson Mining Resources.

Ms. Jalbert joined SOQUEM in 2018 as a Senior project manager. She has held the position of Exploration Manager of Val-d’Or’s office since May 2021.

She was an active member of the Board of Directors of the Order of Geologists of Quebec from 2017 to 2020.

Ms. Beaudin holds a bachelor’s degree in geology with honours from the University of Ottawa.

Ms. Beaudin is a member of the Quebec Order of Geologists and the Prospectors and Developers Association of Canada.